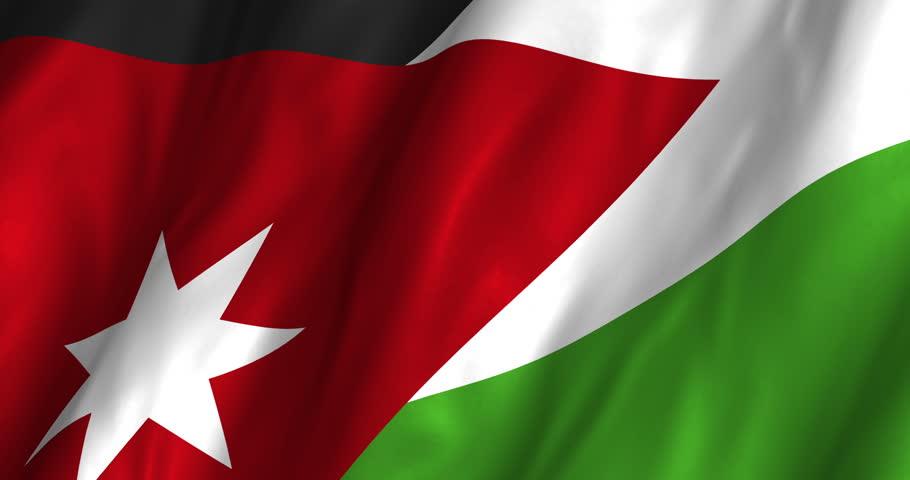 Is an Arab Muslim country, located in the north of the Arabian Peninsula and in West Asia. Bordered by Syria to the north, Iraq to the east, Saudi Arabia to the south and south-east, and Palestine (the West Bank) to the west. Jordan is named to the Jordan River, which passes on its western border, and Amman is capital.

The official language is Arabic, and English is the first foreign language.

Regime in the Hashemite Kingdom of Jordan parliament heritable Royal. Sits Majesty King Abdullah II on the throne of the Kingdom of the top three authorities, also serves as the supreme commander of the armed forces.

Flag symbolizes the roots of the Kingdom strike in the Great Arab Revolution (1916), As it adapted from it's flag. Represent the colors black, white and green of the Abbasids and Umayyads and the Fatimids of Arabs, while the red triangle, which combines parts of the flag represents the Hashemite family. The Islamic Seven star in the middle of the red triangle symbolizes to Fateha in the Holy Quran.

Diversity of the population:

According to statistics of the population, in 2011 the number of Jordan's population of six million and 249 thousand people. Arabs make up the vast majority (98%) of the population, and are located in Jordan other ethnicities of Aacharx (1%) and Armenians (1%). Population density is concentrated in the center and north of the country. The official religion is Islam so that accounted for Sunni Muslims (92%). While not exceed followers of other Islamic sects of the Druze (2%). The Christian (6%) of the population, most of which follow the Orthodox Church.

Government departments and offices, banks and most of its other offices close on Friday and Saturday of each week. The working hours in the remaining five days (Sunday - Thursday) are from 8.30 am to 3.30 pm.